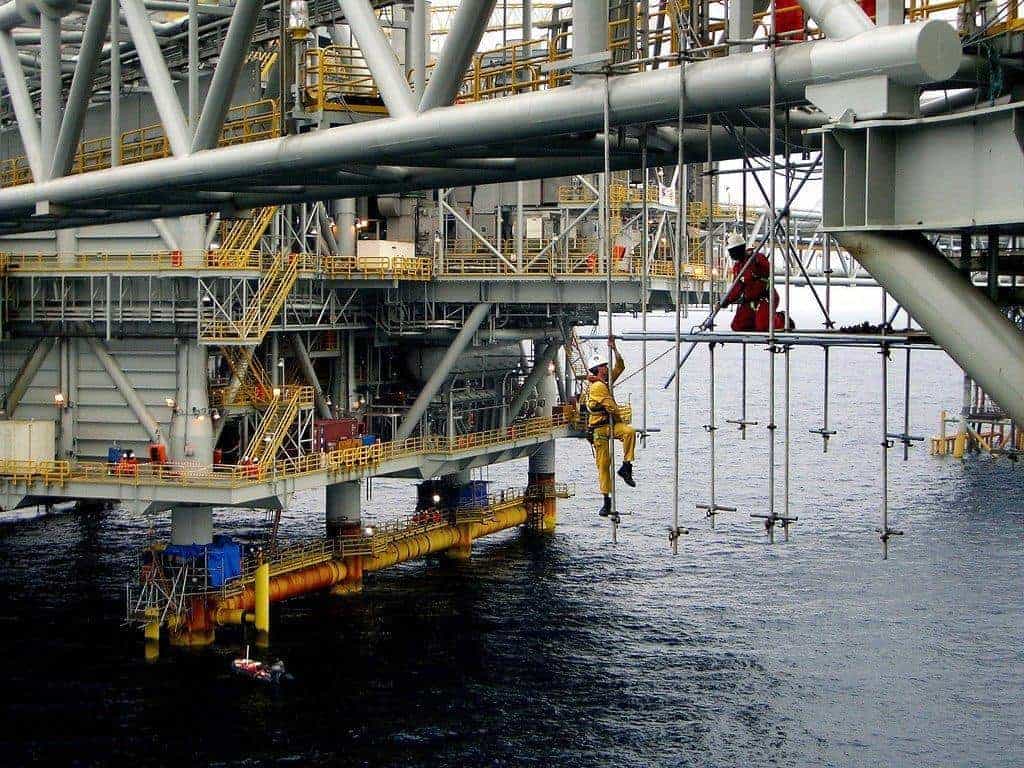 A scaffolder was dismantling a scaffold structure outboard of an offshore platform at a height of approximately 15 metres above the sea when a vertical scaffolding tube (a ‘dropper’) that was supporting him began to slowly slip.The tube was fixed in place with standard scaffold couplers and the tube was being pulled through these under the weight of the scaffolder.

The scaffolder alerted other workers in the vicinity but they could not reach the connection in time to tighten the coupler. The tube continued to slip through the coupler until the scaffolder fell. Fortunately, the inertia reel harness he was wearing arrested his fall. The scaffolder managed to keep hold of the dropper so that it did not fall into the sea, and was suspended over water for approximately seven minutes. A hook from a rescue winch was swung over to the scaffolder, who attached it to the fall arrest harness, to allow the scaffolder to be pulled up to the platform’s walkway.

The investigation found that the scaffolding coupler holding the dropper in place was loose and that there was no check coupler fitted above the dropper tube. It was also found that the rescue equipment used was not suitably rated for the weight of the scaffolder and the associated scaffolding. In addition, some of the certification for the equipment being used during the rescue activities was found to be out of date.

During a subsequent inspection of the facility, a number of fall-protection devices were observed anchored to the bases of hand rail stanchions. The relevant standard on industrial fall-arrest systems and devices (AS/NZS 1891 series) specifies a minimum 15kN capacity for anchor points and it is considered poor practice in the wider industry to use hand rails or stanchions as anchor points.

What Could Go Wrong?

If not for the inertia reel harness arresting the scaffolder’s fall, the scaffolder could have fallen several metres to the sea along with other dropped objects, potentially leading to death or serious injury. In addition, deficiencies in equipment rating, certification and regular inspection could have contributed to further failures during rescue activities.

let us know your thoughts in the comments

Contractors can now access Plettac Metrix and TRAD SafetyDeck from a...