Luis McCarthy, managing director of Middlesbrough-based JMAC Group, took part in The Big Mountain Challenge, reaching the summits of Mera Peak (21,247 ft) and Island Peak (20,210 ft), both of which stand opposite the majestic Mount Everest.

With temperatures plunging to minus 40 degrees, and suffering from acute altitude sickness and blinding headaches, the JMAC boss had to push himself out of his comfort zone to complete his mammoth challenge.

“I’ve always believed in pushing the limits of my own abilities,” he said. “As a person who is blessed with good health and a supportive family, two weeks of discomfort was more than worth it to raise money to help those in need.”

Luis, who enjoys keeping fit but had no prior experience of mountain climbing, chose the Teesside Family Foundation charity as beneficiary of his JustGiving page, setting £15,000 as his fundraising goal.

“Teesside is my home and within it are some amazing businesses and some amazing people, but many who are not so fortunate,” he said.

“The Teesside Family Foundation has no employees, just a group of amazing volunteers with the sole intention of helping local people in need and making life a little easier for those who are terminally ill, have disabilities or who are in crisis. It was a pleasure to do my part to support this amazing charity.”

When his fundraising tally stood at £7,500, Luis saw a social media video post about local girl Dee Conroy who had suffered a series of major seizures, leaving her needing full-time care, unable to communicate verbally and now wheelchair dependent.

“Dee’s mum Toni was using an old Ford Zafira to drive her daughter around, but the poor girl was black and blue from being lifted in and out, so she was spending more and more time isolated at home. Just two years before, she had been about to start university, so her life was pretty miserable. Luis donated £6,000 from the donations he raised to buy Toni a wheelchair-assisted vehicle which has given Dee a new lease of life.” 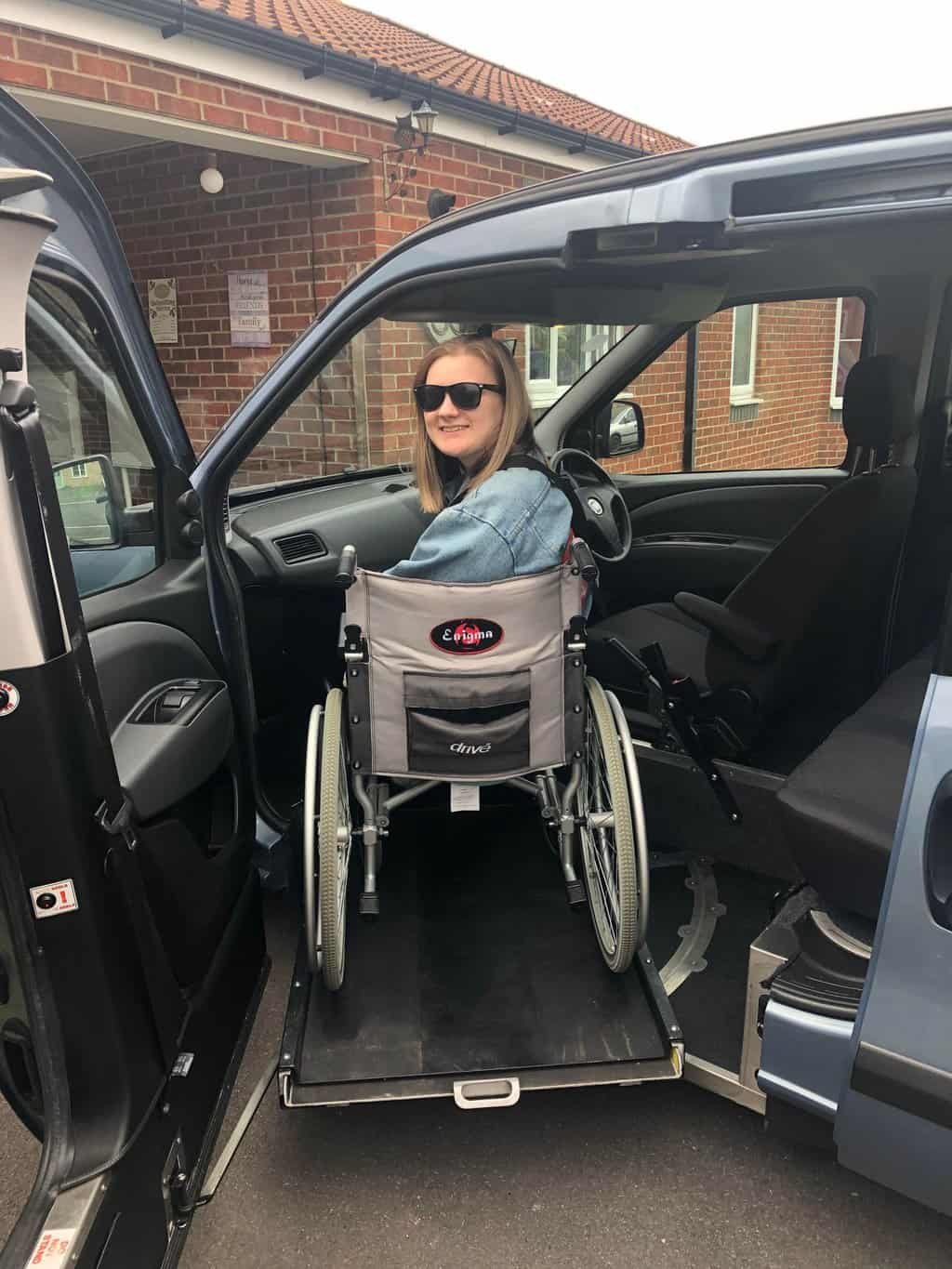 “I’ve always wanted to support the Teesside Family Foundation, but it wasn’t until I saw what Luis was doing that I really sat up and thought ‘I must get involved!’ I can’t think of anyone who has gone to such enormous personal effort. What he has achieved in the challenge and his fundraising is amazing and I was happy to donate just over £7,000.”

This fantastic donation from Cathal allowed Luis to smash his original fundraising target and the remaining balance will be donated to other worthy causes over the coming months, with both men looking forward to supporting the Teesside Family Foundation on an ongoing basis in the future.