Since CISRS introduced the Scaffolder CPD in July 2017, more than 2,500 scaffolders have now completed the mandatory two-day course.

The industry recognised scheme announced their controversial intent to introduce the CPD requirement around 12 months ahead of its launch date although not all within the industry welcomed the news with open arms.

However, CISRS have said in a recent press release that feedback from those who have completed the CPD to date has been overwhelmingly positive, with the vast majority of attendees stating that it was constructive and beneficial.

Talking to CISRS Joe Freaney, Contracts Manager at GKR Scaffolding Ltd, said: “Before attending the course to renew my advanced ticket, I thought it was going to be two wasted days of my week. How wrong was I.

“I found the course to be very informative and learned many things about TG20:13 that I thought I already knew but didn’t. It’s always good to refresh the massive amount of technical data that we use on a day to day basis.

“The inspection module of the course is a valuable extra, allowing me to inspect scaffold up to an advanced level, look at scaffolds from a different perspective and examine them closely. The only part of the course I felt was of no use to me personally was the alloy tower aspect, but it may have been useful to some of the other candidates.

“It was surprising how much information was delivered in the two days and the instructor was outstanding. The technical package handout was also good with all the latest SG4 and TG20 regulations enclosed, all in all a very good course.” 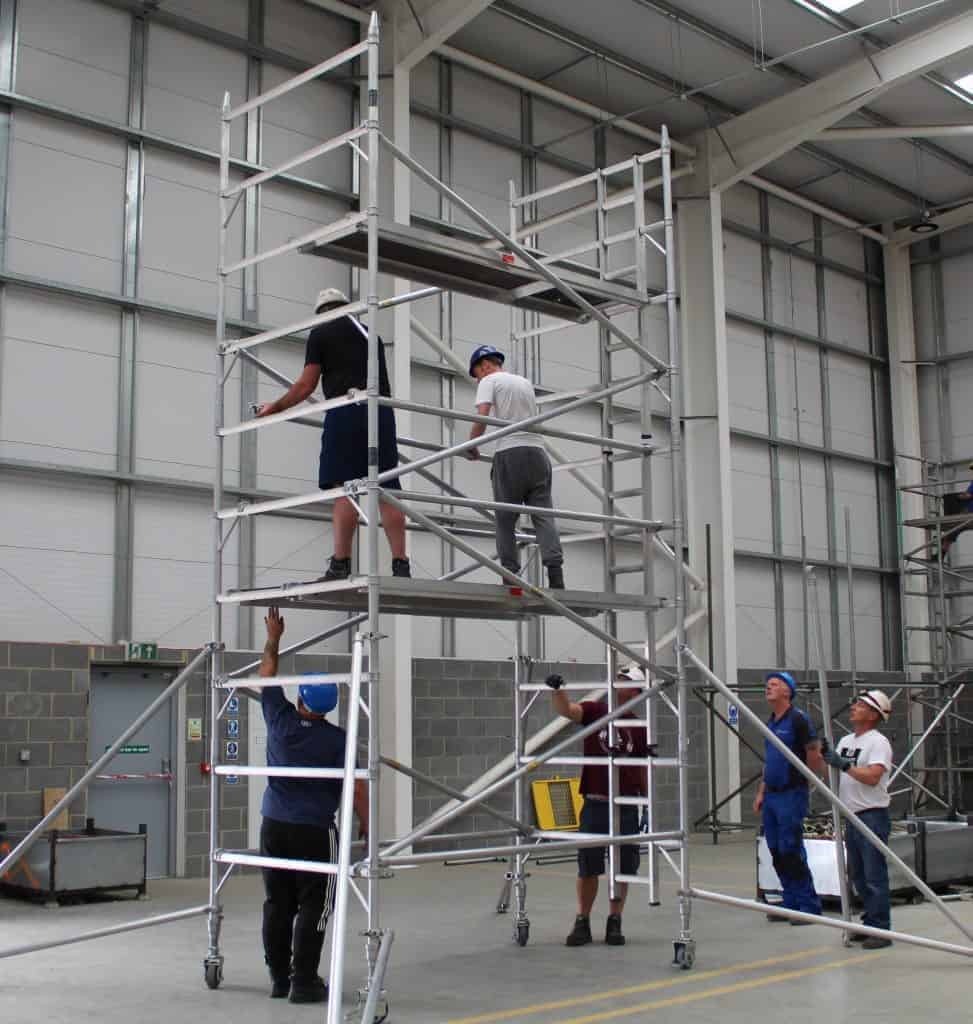 CISRS have stated that they will conduct an in-depth review of the current CPD programme soon, during which feedback from the industry will act as a main focus. Comments will be taken on board and the next cycle of CPD will look to address any common themes raised, they said.

Wherever possible CISRS has looked to work with training providers to offer value for money. With the help of a number of organisations (listed here) and to mark the one-year anniversary of the introduction of CPD, a series of heavily subsided courses (£50) are currently being run across the UK.

This coupled with the original pilot courses and an initial launch offer of free courses means that more than 20 courses have been delivered either free of charge or for £50 in this 12-month period. This is something that CISRS is likely to repeat in 2019.

Chris Churcher of QCF Developments, Cardiff, said: “The recent subsidised CPD course carried out at the Centre proved to be a great success. The interactive content of the course gave the delegates time to reflect on their job roles and helped to show where they could make improvements.”

The National Access and Scaffolding Confederation (NASC) is currently offering a CPD cashback payment to its members, with £125 available for each operative that they put through the programme.

The completion and payment of CISRS CPD has been written into the NAECI Agreement with a similar statement is likely to be included within the CIJC Working Rule Agreement.

David Mosley, CISRS Scheme Manager, said: “Despite some reticence it has been a very busy and successful 12 months for CISRS CPD, courses are full and feedback is positive. There will always be some resistance to changes, when the card renewal and Health and Safety Test requirement was introduced into Industry training schemes in 2000, there was a much bigger backlash from the sector.

“However, the majority of people involved in scaffolding accept that the introduction of CPD was the right thing to do.”