Out of several thousand active UK scaffolding businesses, Infiniti Scaffolding is now the only one of NASC’s 300 member approved companies within a 50-mile radius of Scarborough.

NASC is one of the UK’s access and scaffolding national trade body and is regarded by many as a benchmark for quality, safety and professionalism, with its accreditation accepted as one of the highest industry standards by the Health and Safety Executive and other government and public sector bodies.

Infiniti Scaffolding director Lisa Naylor said: “Gaining the NASC accreditation is a tremendous achievement for us as it recognises the hard work and dedication by our staff and management to ensure that we reached one of our primary goals.

“As health and safety become more paramount in the construction and building maintenance sector an increasing number of main contractors, local authorities, housing associations, public and private sector hospitals and schools are specifying in tenders that the NASC accreditation is a prerequisite for scaffolding providers.

“Our accreditation reassures any Infiniti Scaffolding customer that we are part of the UK trade body which produces industry-recognised safety and technical guidance. The required investment in time and money is also an indication that we are serious, high quality, long-term players in the scaffolding sector.”

“As NASC auditors put a big emphasis on their visits to job sites we were really pleased that Infiniti Scaffolding’s on-site practices met their high standards,” added Mrs Naylor. 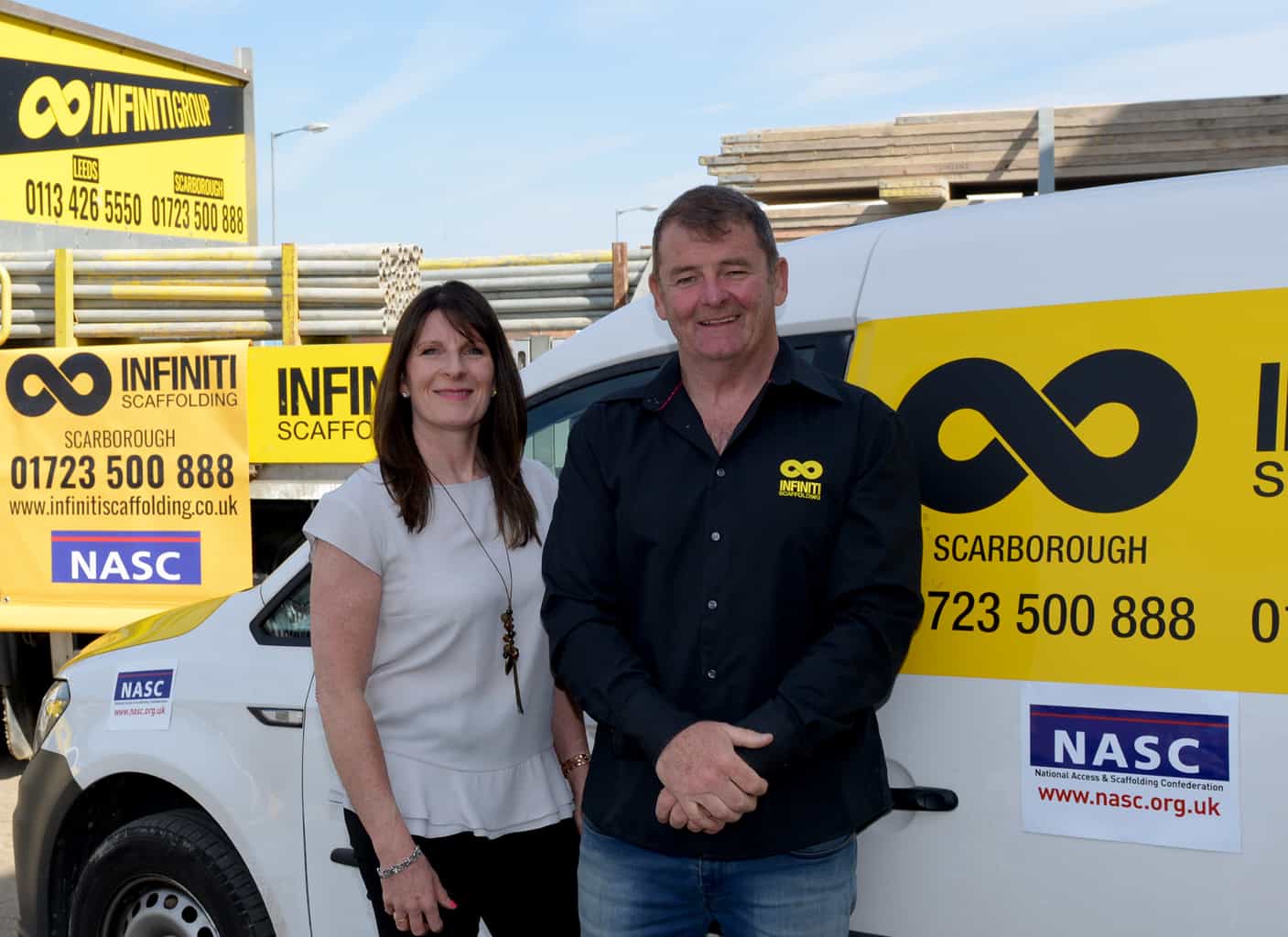 As part of the ongoing NASC accreditation compliance, Infiniti Scaffolding’s own sites and job sites will be re-audited every two years with the company agreeing to abide by the NASC code of conduct.

The hard-earned accreditation is already paying dividends for Infiniti Scaffolding as previously inaccessible markets open up.