It was a long anticipated event in the construction calendar and expectations were high as over 1000 guests were welcomed through the doors of the Westminster Park Plaza on Friday 3rd December for the Lighthouse Construction Industry Charity’s annual lunch in London.

Former cricketer Chris Cowdrey was MC forr the day and opened proceedings with Charity CEO, Bill Hill saying how good it was to be back which was met with huge applause and cheers.

The fun started with a ‘heads and tails’ competition and the lighthouse lotto. The top two winners of the lighthouse lotto very generously donated their prize money straight back to the charity. A gourmet three course meal was enjoyed by everyone and later in the afternoon competition was hot for some fantastic live auction prizes, all of which helped towards raising an amazing £210,000 from the event.

The event also gave the charity the opportunity to announce their partnership with the Careys Foundation and a specially liveried truck was on display at the venue promoting the charity’s helpline and the new partnership.

Normally, each year, the Charity awards the ‘Peter Capel’ Cup to recognise organisations that have made a substantial contribution to the Charity’s work and with nominations in 2020 to consider as well, competition for the prized accolade was stronger than ever. Well deserved winners were HQR London (High Quality Residential) who despite not being able to hold their annual summer ball last year, still managed to raise over £64,000 for the charity. 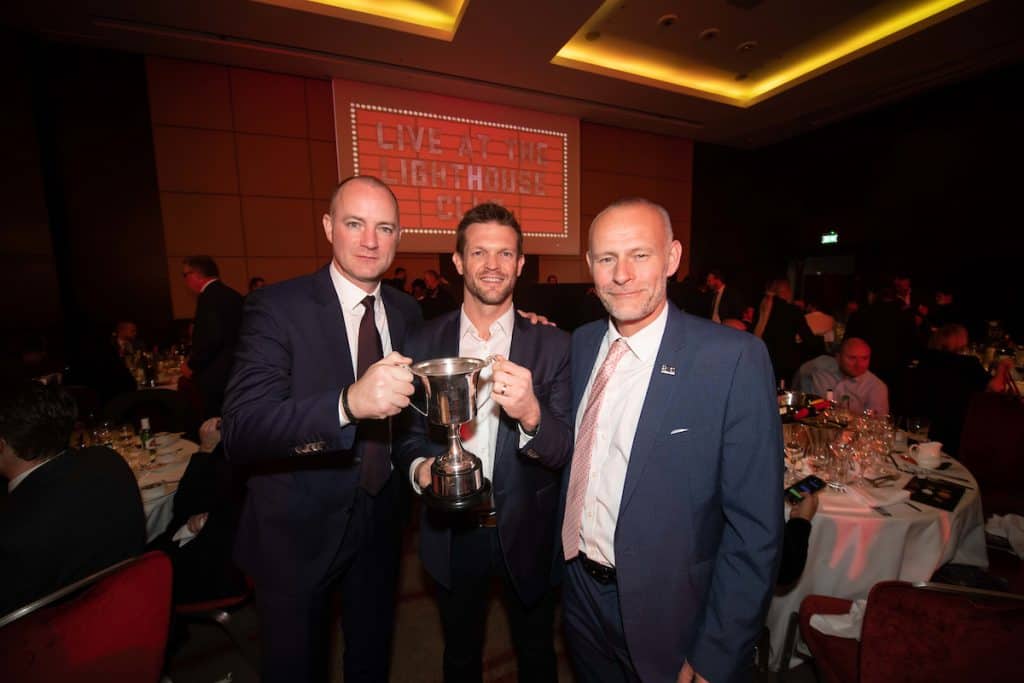 Andrew Crispin (founder and Trustee of HQR London) said, “HQR London are delighted to have been awarded the Peter Capel Cup for the second time since the HQR Charitable Trust was conceived six years ago.  It was our absolute pleasure to accept the Award on behalf of our members who have collectively been able to provide year on year support and our aim is to continue doing so over the coming years.

The Lighthouse Club provides much needed emotional and financial support to so many workers and their families who are in crisis in our industry.  An industry that we all know and love, which makes it an easy choice for me, my fellow HQR’s Trustees; Darren Size and Chris Butler and our members to continue our support”.

Top celebrities from the world of sport were lined up to entertain the guests and rugby legends Mark Regan and Paul Wallace kicked off with amusing tales from their British and Irish Lions tours. 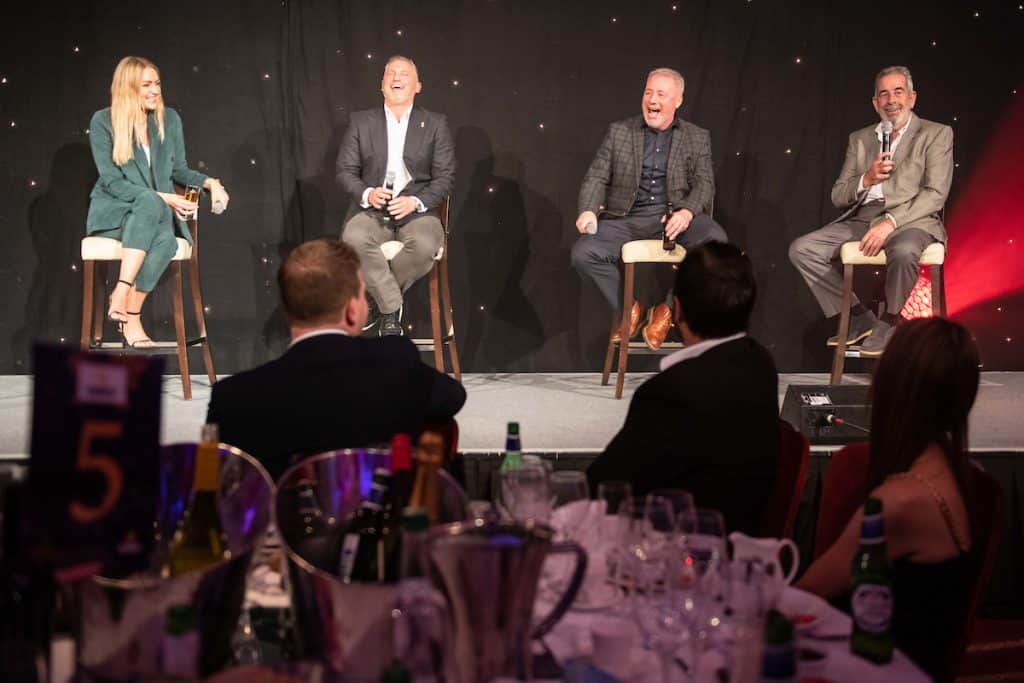 TalkSPORT’s presenter Laura Woods then took to the stage with Ally McCoist, Sam Torrance and Darren Gough who followed with equally funny stories of playing with Gazza at Rangers FC from Ally, childhood memories from the golf course from Sam and antics on and off the pitch and ‘strictly’ dance floor from Darren. The crowd demanded more and got more with the VIP guests egging each other on to tell more daring stories!

Tenor Martin Toal rounded off the afternoon with a rousing performance which had people up on their feet cheering for more with enthusiastic napkin waving.

Bill Hill, CEO of the Lighthouse Construction Industry Charity said, “We were so disappointed at having to cancel last year’s event and so the pressure was on this year to make it an afternoon to remember. It certainly lived up to that and I am staggered that even during these difficult times, our event raised over £210,000 to help us support our construction community in need and to make a real difference to people who have nowhere else to turn.

We would also like to take this opportunity to thank all the volunteers that helped on the day and our sponsors who make these events possible.

The money raised will go towards continuing our vital helpline services, supporting our national awareness campaign “Help Inside The Hard Hat” and developing the  Building Mental Health programme, so that we can continue to support our construction families in need and make a real difference to people who have nowhere else to turn.”

The festivities continued well into the evening with guests embracing the Christmas spirit and making the most of the networking opportunities.