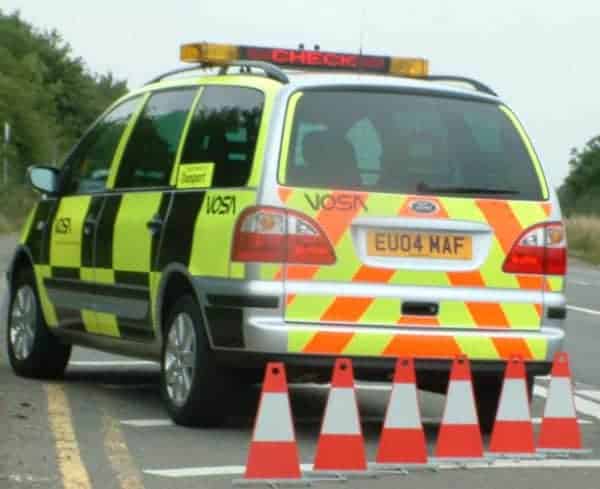 Scaffmag can exclusively confirm that rumours about VOSA looking to introduce regulations for mandatory closed backs on 7.5 tonne scaffolding vehicles have today been officially quashed.

Rumours were flying around the scaffolding industry over the last few weeks that VOSA (The Vehicle and Operator Services Agency) were already enforcing or looking into introduce regulations for mandatory closed backs on 7.5 tonne scaffolding vehicles. We contacted VOSA for more information. VOSA told ScaffMag:

Many operators have removed the tail gate fitted to the original vehicle for ease of access and to allow for longer scaffolding tubes and associated equipment to be loaded on to the vehicle. This allows the tubes and equipment to move towards the rear of the vehicle and therefore some other type of restraint is required to prevent the 50% movement of the load to the rear.

As long as the load is secured to the vehicle in a manner that the load is not likely to cause a danger of injury to any person in or on the road then this would satisfy the requirement placed on the operator and driver by the Road Vehicles Construction and Use Regulations 1986 and the Road Traffic Act 1988.

At present there is no intention of requesting mandatory fitment of tailgates to 7.5 tonnes vehicles.

A VOSA spokesperson said:
“There are no regulations which require mandatory methods for securing loads on vehicles. The legislation which VOSA use to prohibit and prosecute are the existing Construction and Use regs and Road Traffic act. whereby the use of a vehicle/trailer is such that a nuisance or danger is likely to be caused due to various reasons one of which is an insecure load.”

“As an organisation we have become more proactive in dealing with vehicles where it is clear to our examiners that a load is not secure and in these circumstances we will either provide guidance and advice or in more serious circumstances we will issues a prohibition and Graduated Fixed Penalty and Deposit (GFPD). The advice we will give at the roadside regarding safe loading would mirror that provided in the DfT Code of Practice “Safety of loads on vehicles” and/or that provided in the EU best practice guidelines documents readily available on the internet. Our expectations of drivers is that the load is secure in transit.”