Part of a building that is being demolished has collapsed bringing down a large part of scaffolding with it in central London today.

At around 4:00pm this afternoon (20th April) Scaffolding on at least four floors of the building collapsed spilling onto the street below, London Fire Brigade have reported around 200 people have been evacuated from the area.

Firefighters were called to the incident on the junction between Portugal Street and Serle Street, near Aldwych, London at around 4:15pm.

One man has been taken to hospital with non-life threatening injuries officials have said.

A police spokesman said the Health and Safety Executive has been informed and added that roads have been closed. 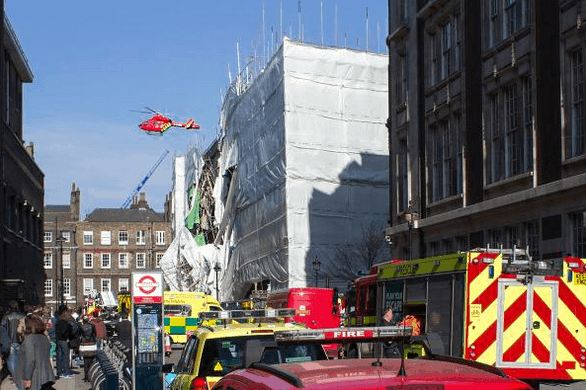 Self-employed pay back to pre-Covid levels