There is a new double on the block designed for tube on tube scaffolds and more. The new drop forged fitting from Klawz Ltd is named KLAWZ and it is fully tested to EN74-1:2005 Class B. Klawz Ltd’s director, Mark Parkin says, “The Klawz doesn’t actually stop at the basic 9.1kN safe working load Class B, with tested slip loadings exceeding 30kN on both steel and Aluminium tube.” 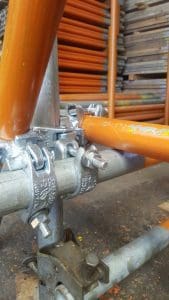 Mark explained the inspiration behind the KLAWZ double. “We decided to design the fitting as we use a lot of prefabricated transom units, the problem is that a traditional double doesn’t keep all the standards inline as the ledger sits further away from it,” he said.

Mark added that KLAWZ was in development, testing and manufacturing for around 18 months before the company was happy to launch the product. “It’s been a long and expensive process with new machinery being bought and additional tooling costs an almost daily event, and all that that before the hours spent with patent solicitors.”

Mark said, “Initial feedback has been very positive with indications that there are huge benefits with this product from design, logistics materials and labour saving. It is the only double that works with a prefabricated transom unit full stop, and offers the benefits of working tube on tube either with transom units or standard tube and fitting scaffolds.”

The cost of a KLAWZ double is £4.95 and Mark said that because it is drop forged it is very robust. “The fitting has been designed, developed and tested in the UK and is manufactured by our partners in a dedicated section of their facility in China”, he said. 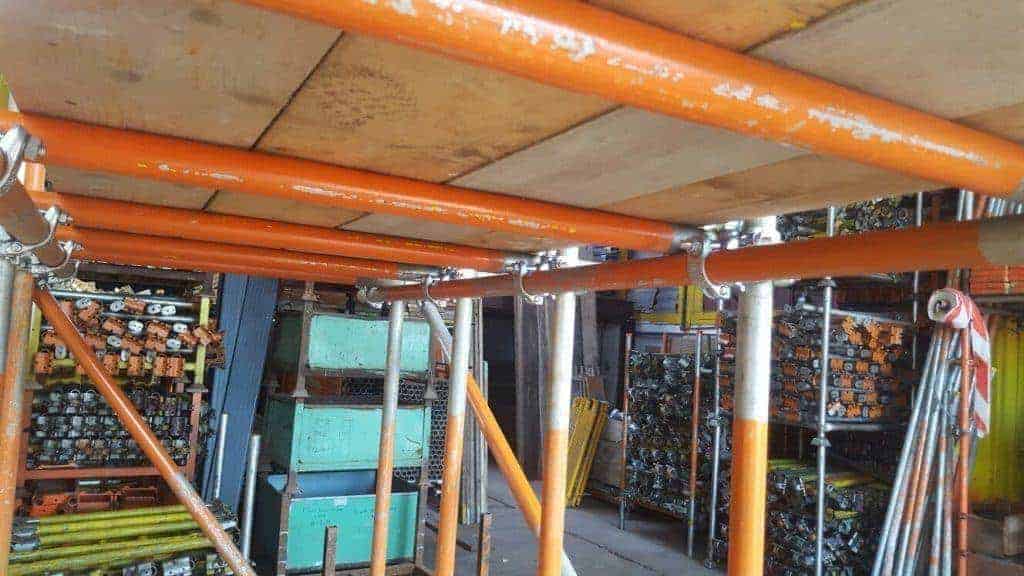 Going forward there are no plans to change the fitting. “However,” said Parkin, “we will be conducting additional testing and gathering further data and analysis to justify the capabilities of the fitting beyond the limitations imposed by the EN74 standard.”

In terms of sales Mark said that right now companies are taking batches of KLAWZ to try them out. “We have also in the last week entered into an agreement with one of the UK’s largest scaffolding hire and sale companies, who will be offering KLAWZ for sale through their depots as well as online,” he said.

“We obviously believe in the potential of the fitting, and have a schedule of supplies,” said Parkin. “Our distribution partner generally holds over £3 million of scaffolding products in their facility, so moving forward stock shouldn’t be an issue.” Mark thinks that desired stocking levels will vary depending on the company. “Small firms may only stock a few hundred to use alongside transoms. Those who invest in their business could choose to replace almost all of their doubles with KLAWZ. Price will be an issue for some, but a saving on a purchase is a once only deal, the savings in labour, materials, storage and transport etc. is a benefit you feel every time you put a job up,” he said.