And for the construction company charged with transforming London’s Hippodrome Casino to house the show, there were acrobatic feats of their own required, as they had carried out the project while the venue remained open 24 hours a day.

Project 7, which won the contract to create the stage space for the show, was tasked with working without disturbing the customers enjoying the casino which meant they were often having to work in particularly cramped and awkward conditions.

At points, the team even had to construct scaffolding above the casino players and create screens so that the ongoing work was hidden from view.

The project involved completely reversing the historic main stage of the venue so that it no longer looked out over the casino floor and instead created a new private theatre for the steamy dance show to be performed. 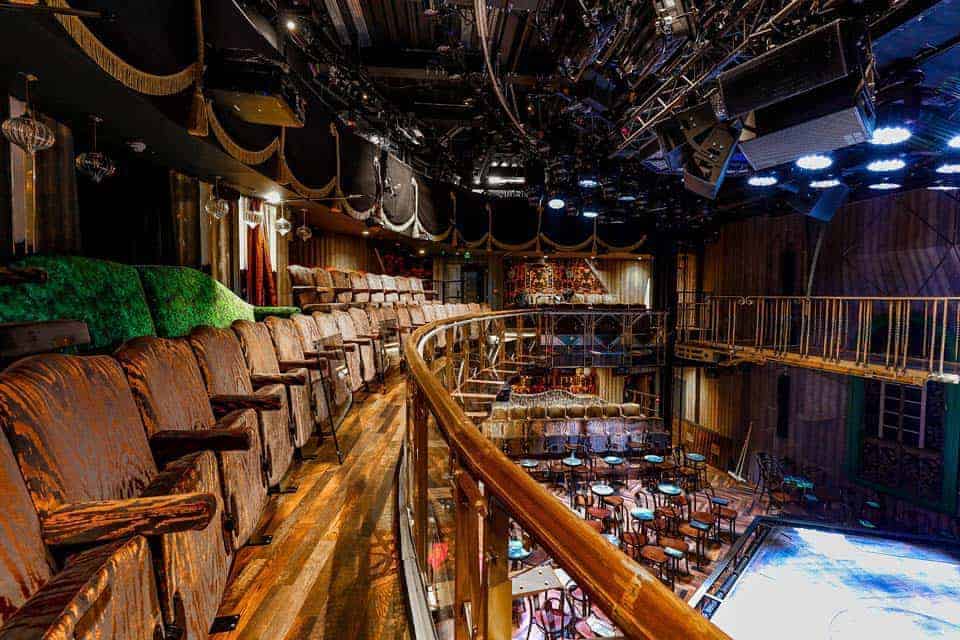 This new space required a large amount of demolition work and modification to the existing structure which all had to be sound-proofed along with installing new house lights.

Project 7 was also required to increase the seating capacity of this new theatre from 150 seats to 310 seats along with widening an existing mezzanine, installing a new spiral staircase and putting in various balconies, all of which allow the dancers to create the 360 degree show.

The company even took on additional tasks such as cutting slabs out of the stage to allow the performers to appear from below.

As if this wasn’t enough, Project 7 transformed a back bar of the venue to match the furnishings and feel of the new stage show.
All of this work had to be done while respecting the architectural history of the venue and gaining approval from the likes of The Theatres Trust.

Alan Brockhouse, CEO of the PHD Group which owns Project 7 said: ‘It was a huge challenge that took some innovative thinking and required us to be incredibly flexible in the way we worked.
‘At times the team was having to work in really cramped conditions to help ensure we didn’t disturb the customers.

‘Even bringing materials on and off the site required logistical planning as they had to ferry everything in and out a small entrance at the back so that they weren’t disturbing people.

‘It seemed that every part of the project had its own challenge.

‘We were determined not to disrupt the casino players and at one point built screened off scaffolding over the bar so that we could access the stage without being seen.’ 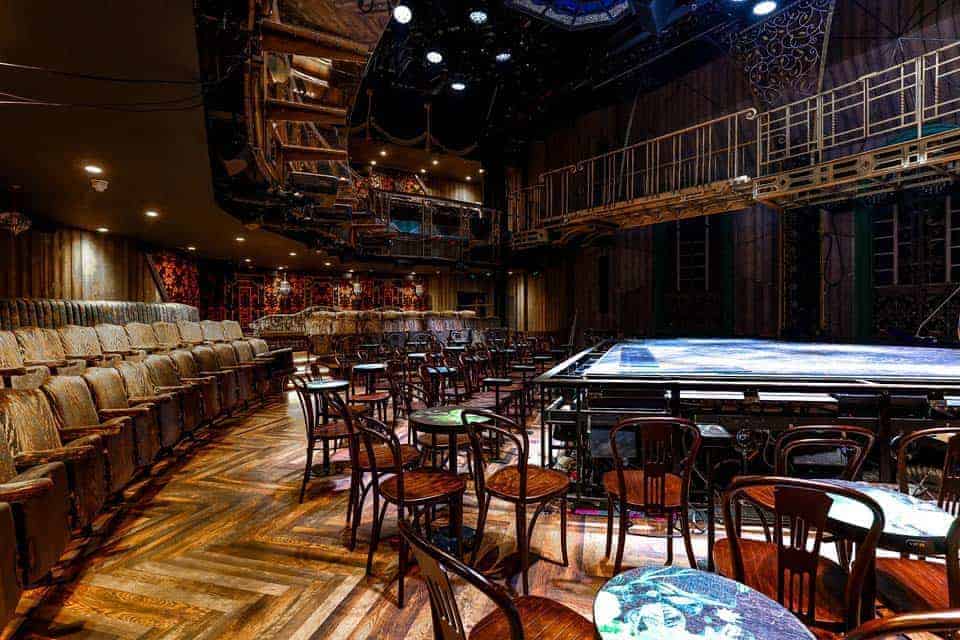 One of the biggest tasks of the refurbishment was building the large sound-proof acoustic wall which needed to sit behind the original theatre curtain which The Theatres Trust was keen to preserve.

Project 7 created a bespoke steel structure that curves over at the top to match the line of the theatre curtain. This structure then had rubber gaskets attached and plaster board fixed to both sides, with an air gap left in between, which all combined to create the acoustic wall. Again, this all had to be constructed while being screened off from the casino players below.

Scott Bannon, director of Project 7, said: ‘The acoustic wall would have been difficult enough to build anyway as it was an awkward space but we were then even more restricted as we didn’t want to disturb casino visitors.

‘Not only did it have to meet strict acoustic standards but it also had to be sturdy enough to withhold heavy stage equipment being attached to it as well as match the existing shape of the theatre curtain.

‘All the hard work has been worthwhile. The new theatre is amazing and when you see the dancers performing its really spectacular and uses every part of the space available.’

This major refurbishment work was completed in just 18 weeks with Project 7 staff working 24 hours for the final six weeks to ensure it was ready for the opening night.

Matthew King, Managing Director of The Hippodrome Casino, said: ‘Magic Mike live is a huge undertaking for the Hippodrome Casino. A globally recognised show that would require structural refurbishment of the venues live entertainment areas to the highest standards without interference to the 24 / 7 operation of our casino and clients.

‘Project 7 mobilised quickly and successfully completed the complex refurbishment in incredibly tight timescales with the minimum of disruption, delivering a fantastic new West End Theatre space for us as a venue and for our production partners.’