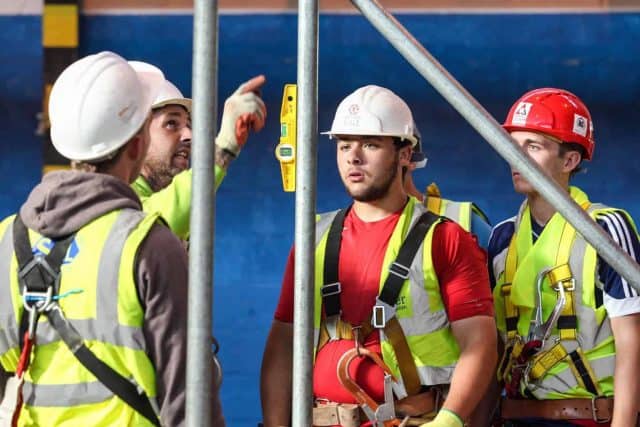 Members of the NASC are providing more than 290+ 18-24-year-olds across the UK with scaffolding industry experience through the Government’s Kickstart Scheme, which officially launches today.

A total of 50 NASC scaffolding contractors and suppliers have signed up to the Kickstart Scheme through the UK  scaffolding trade body. Each company has committed to providing six-month work placements to out of work young people.

The NASC says the vast majority of these firms will take on more than one candidate under the Scheme, with a handful providing 20+ positions, helping to push the combined total of vacancies to 294.

Henry Annafi, NASC Training Officer, who successfully co-ordinated the NASC’s gateway organisation bid and will support the 50 NASC members through the Scheme, said: “I am absolutely delighted but not surprised by the fantastic interest and take-up of the Scheme by NASC members.

“These members are as committed to training and recruitment as the NASC is as the UK trade body for the scaffolding industry and I’d like to applaud each and every one of them for their effort and enthusiasm to date.

“Through my conversations with these members it’s become clear that they’re all intending to go well beyond the parameters of the Scheme and will look to place all successful participants on apprenticeships or full employment once the six-month placement ends.

“There’s a long-term commitment being made and that’s because the members aren’t just keen to provide young people with short-term jobs, they want to give them a career.”

The Kickstart Scheme provides funding to employers to create new job placements for young people on Universal Credit who are at risk of long-term unemployment.

Kickstart Scheme applications originally had to be for a minimum of 30 job placements. If a single employer was unable to provide this many placements, they could apply for a smaller number through a Kickstart gateway.

Henry Annafi added: “The NASC has for many years led the way in the promotion of the industry to potential job seekers. This took a huge step forward in 2020 through the launch of our dedicated careers website, aimed at encouraging would-be employees of all ages and backgrounds to take up a position in the scaffolding industry.

“Our Kickstart Scheme efforts – supported so admirably by our members – is another huge step forward. We can’t wait to get started.”