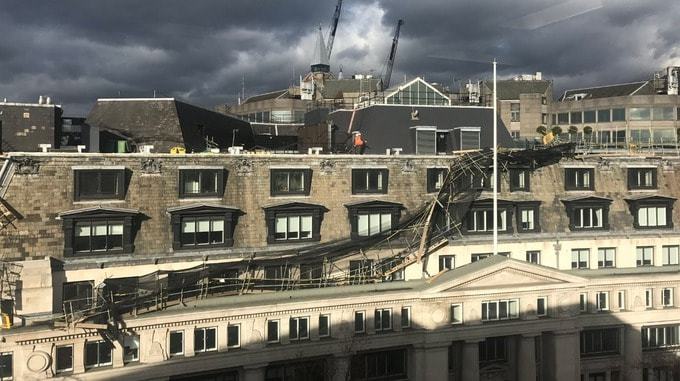 Rooftop scaffolding has collapsed under the pressure of the high winds of Storm Doris, forcing emergency services to close a main road through central London.

The scaffolding that looks to include debris netting, became dislodged at the top of the office block at the 1926-built Aldwych House, Holborn, due to the high winds reports ITV.

It had been put into place as part of plans for a £15 million rooftop extension.

The roadway running beneath was closed off this afternoon (Thursday 23 Feb) and was not expected to reopen until 5pm.

Motorists were warned of long delays in the area.

Scaffolder fighting brain tumour warns others to have a health check