In May 2016 a fire gutted the Global Reach office building located on the Celtic Gateway Business Park in Cardiff Bay.

Cardiff based scaffolding sub-contractors Atlantic Scaffold were commissioned to erect a temporary roof for the damaged building. The four-storey 5,574m² building represented a sizeable space at 18m high with a footprint of 66m x 18m.

The Celtic Gateway is an important and busy site for Cardiff Business Park which meant time and space was at a premium. The scaffolding and repair work had to co-exist and not impact on the other Park occupiers, such as BT, NFU Mutual, Cardiff Council, KTS Owens Thomas and Austin Smith Lord.

Atlantic Scaffold had a 5-week window to erect the scaffold and one long weekend to shut the busy car park to assemble the temporary roof and crane it into position. The firm turned to Generation’s Hire and Sale team for support to ensure they could meet these challenging time scales. The Generation UNI Roof was presented as the solution.

Generation said: ‘One of the strengths of the Generation UNI Roof is that it is lightweight and has the lowest number of components of any temporary roofing or encapsulation solution in the market. It is also designed to be compatible with any existing scaffold or support structure’ Generation added. 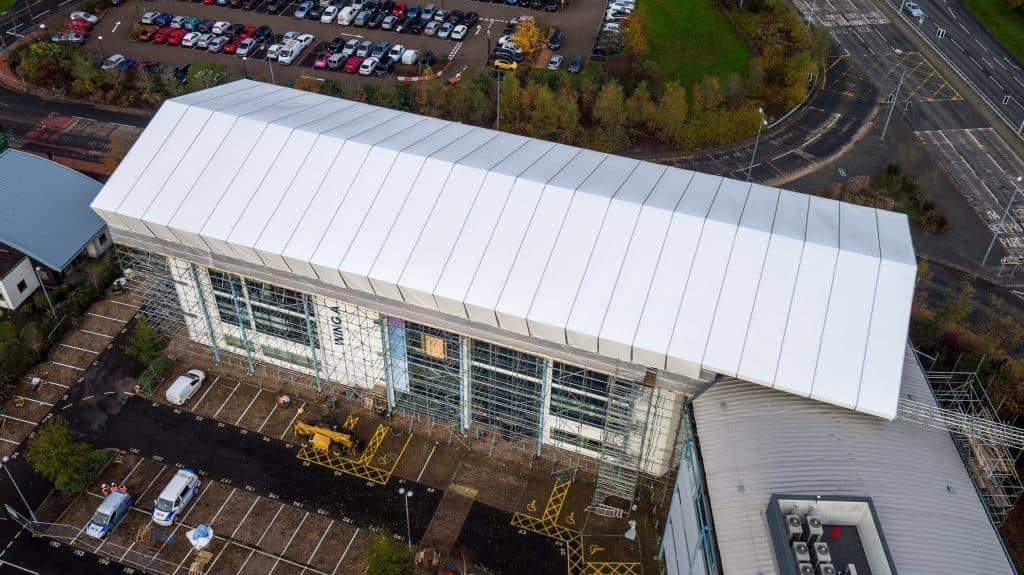 This was the first time that Atlantic Scaffold has used the UNI Roof, but they were reassured by the product design simplicity, quality, plus the Generation support that it would be possible to build the structure on the floor of the car park in 2 days and then crane it into position on the 3rd day.

Additional support was provided through Generation’s partnership with the manufacturer Dessa and Generation’s own in house engineering and design team.

The last lift was craned into position at sunset. In 3 days Atlantic Scaffold had managed to build and hoist into position the UNI Roof to provide their clients with a 100% weather proof structure. The Business Park opened for business as usual on Monday with no disruption to the neighbouring businesses.

Once the structure was in place, Atlantic Scaffold proceeded to infill and sheet the temporary roof. The UNI Roof’s patented Keder sheet tracking greatly helped the process and meant it was possible to add covering to the structure from the safety of the eaves.

Generation said: The Generation UNI Roof had once again proven through its cost effectiveness, compatibility, versatility, safe and quick erection times why it is the best solution in temporary roofing in the market.

Colin Davies, the MD at Atlantic Scaffolding said: “Generation Hire & Sales have been extremely helpful from the design process through to assisting with the erection of the UNI Roof on site. Without the UNI Roof solution and the support of the Generation team it would have been a significantly harder challenge to erect and position a temporary roof in the 3 days we were given.” 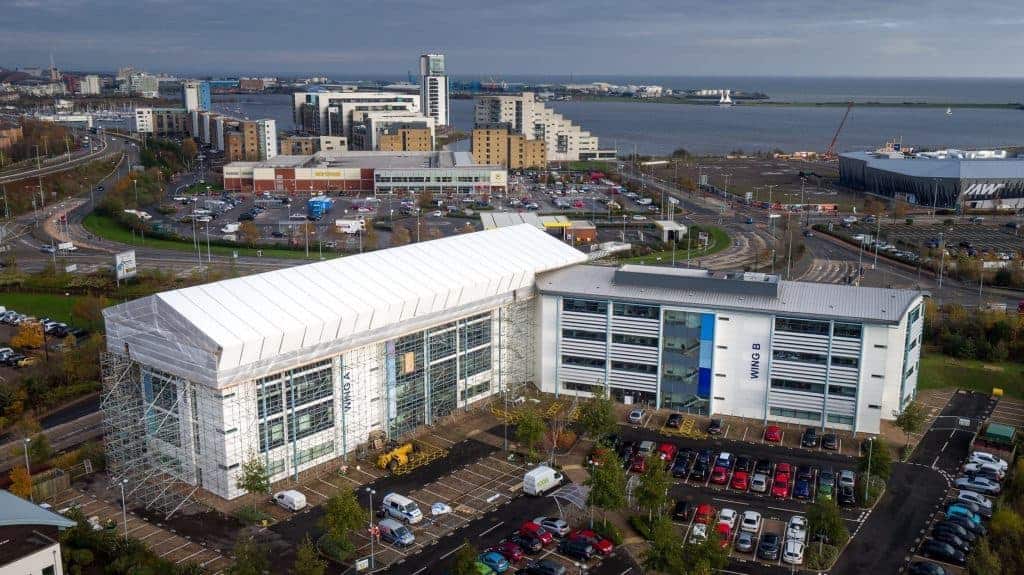 Mark Ames, Generation Cardiff Branch Manager said: “Generation and the Cardiff branch can only be successful when our customers have the right products, service and support to do their jobs. It was very gratifying to work so closely with Atlantic Scaffold and ensure their success on such a high profile project in Wales. It is testament to the design and engineering of the UNI Roof, the Generation team effort and the working partnership we developed with Colin and his team that we were able to deliver a secure, quality and weather proof solution in such a short time frame.”

An Industry-First Floating Scaffold On The River Severn