Interlink Scaffolding Ltd wins the NASC Project of the Year 2017.

A set of intricately designed tube and fitting access scaffolds erected by Interlink Scaffolding Ltd (ISL) has won this years NASC Project of the Year 2017. The scaffolds played a vital role in the construction of the New Wear Crossing at Sunderland for Victor Buyck Steel Construction NV.

ISL was awarded the highly desired accolade at the glitzy NASC ball and dinner held on Friday 24 November at the Intercontinental Hotel, Park Lane, London. Altrad Group founder and president Dr Mohed Altrad was in attendance and presented the award. 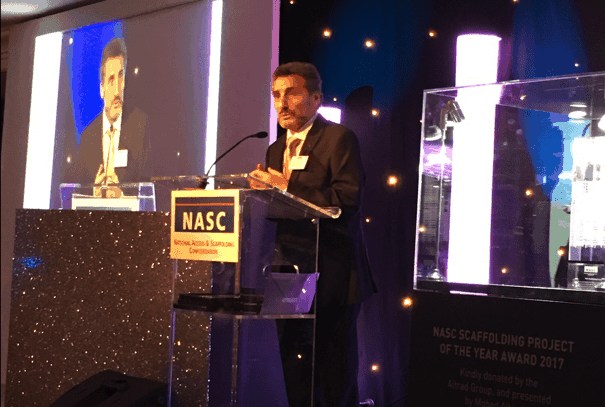 ISL told ScaffMag that they impressed the New Wear Crossing project team with the quality of tube and fitting scaffolds erected for welding of the bridge deck, ISL were invited to tender for the main scaffold package for installation of the A frame pylon and cables.

Preliminary scaffold designs were submitted with the tender, giving the project team a visual representation of what would be erected to ensure that the scaffolds would meet their access requirements. Following a period of value engineering in relation to programming of scaffold quantities and hire periods, Victor Buyck awarded the contract to ISL in late 2016. 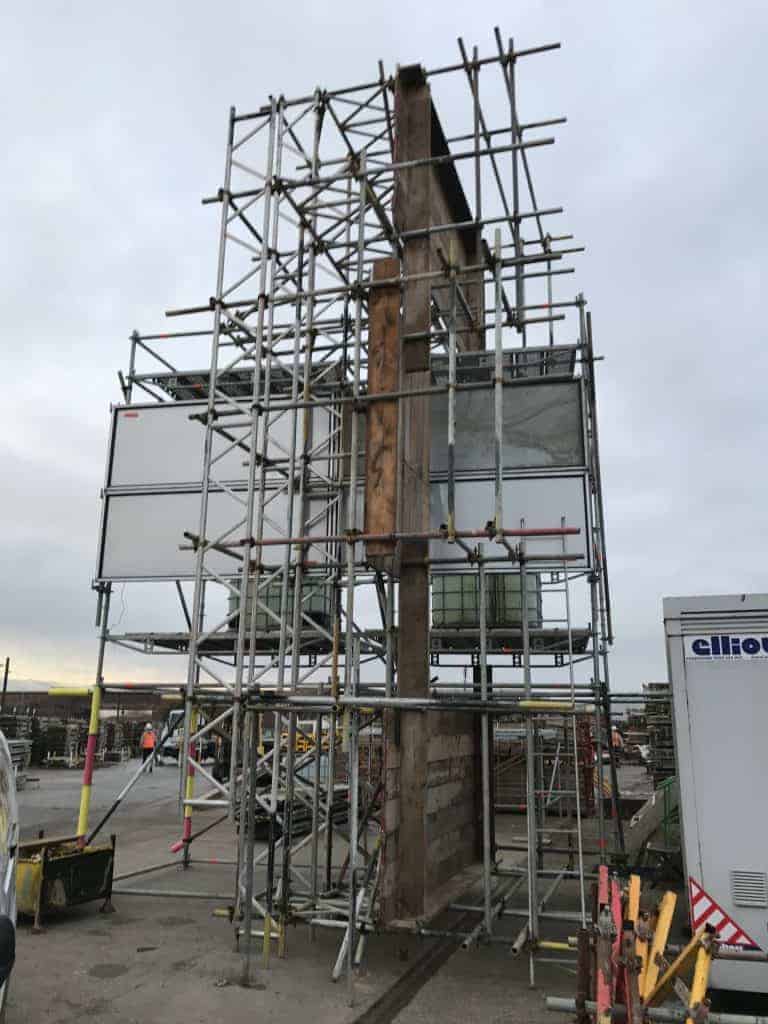 ISL then commenced work to turn the preliminary designs into working drawings. Significant time had already been taken at tender stage to ensure the basic designs could withstand all required loadings, so this was completed quickly with connection points and dimensions detailed to avoid clashes with the permanent works.

The primary scaffolds to be erected on the bridge pylon were formed of cantilevered beams attached to the pylon steelwork using custom manufactured shear tie fixings. Secondary hung access scaffolds counterbalanced by tube kentledge were required at bridge deck level. 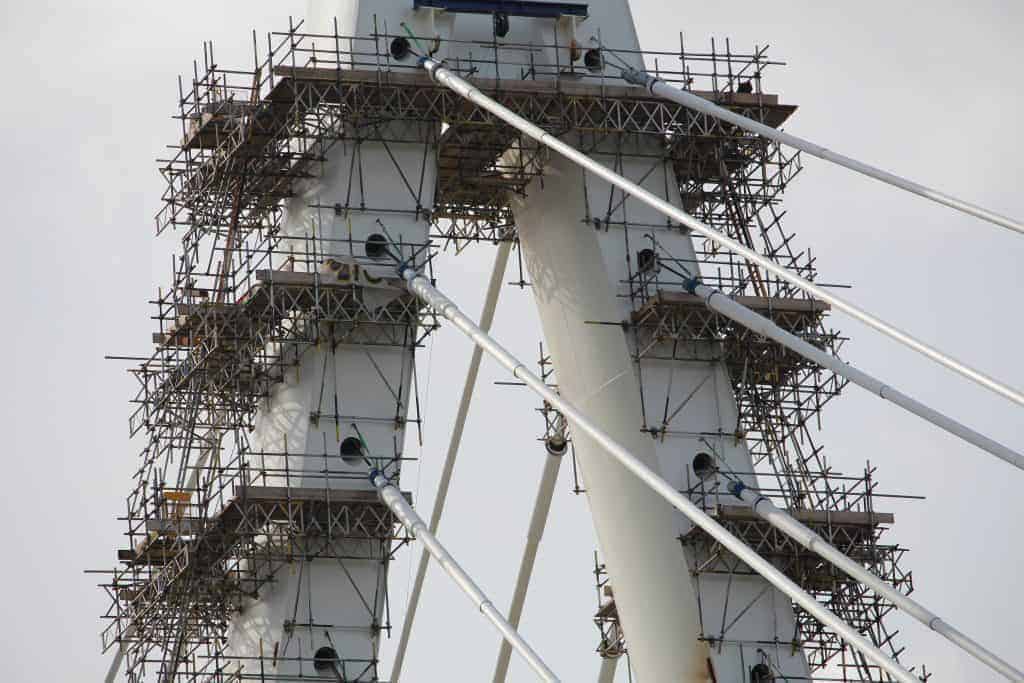 The pylon was manufactured by Victor Buyck at their factory in Belgium before being moved to Ghent ready for shipping across the North Sea on a barge. Following liaison with the project team an opportunity was identified to erect temporary supports for the pylon lifting equipment, which would avoid disruption at a later stage upon arrival in Sunderland. ISL duly reacted at short notice to send scaffolders and materials to Ghent in the week prior to the Christmas break. 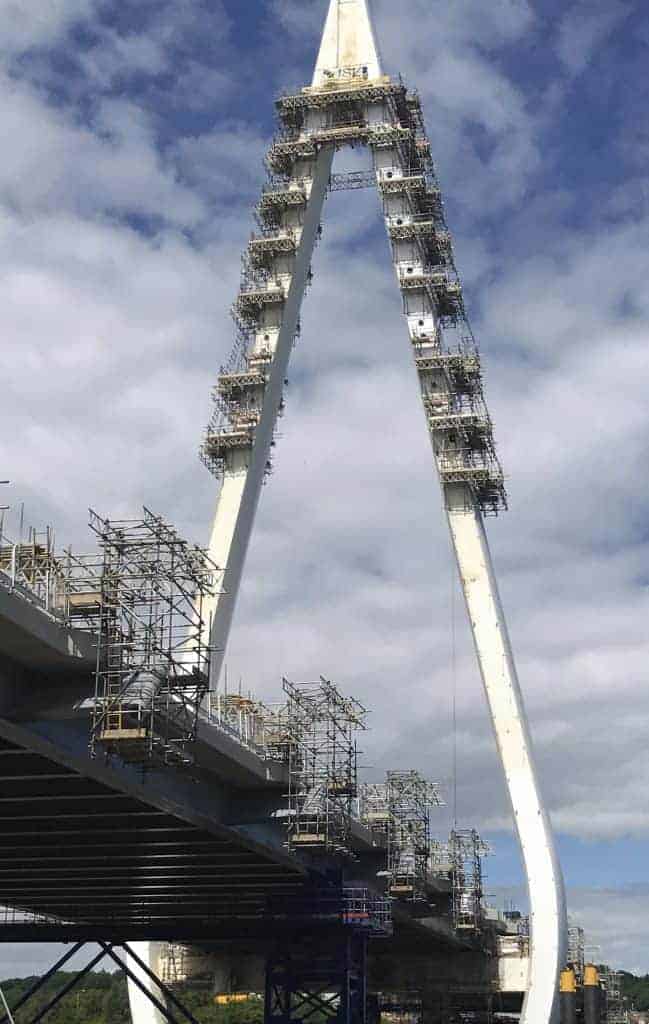 In the meantime, ISL trial erected a pylon scaffold in their yard. By erecting the scaffold at 90 degrees to its final orientation, with the pylon horizontal and only 2m above the barge deck, work could be carried out quicker and safer than working 90m up the pylon once raised into its final vertical position. This trial proved to be of great benefit when the barge arrived in Sunderland in early 2017, with the scaffolders already used to working sideways. 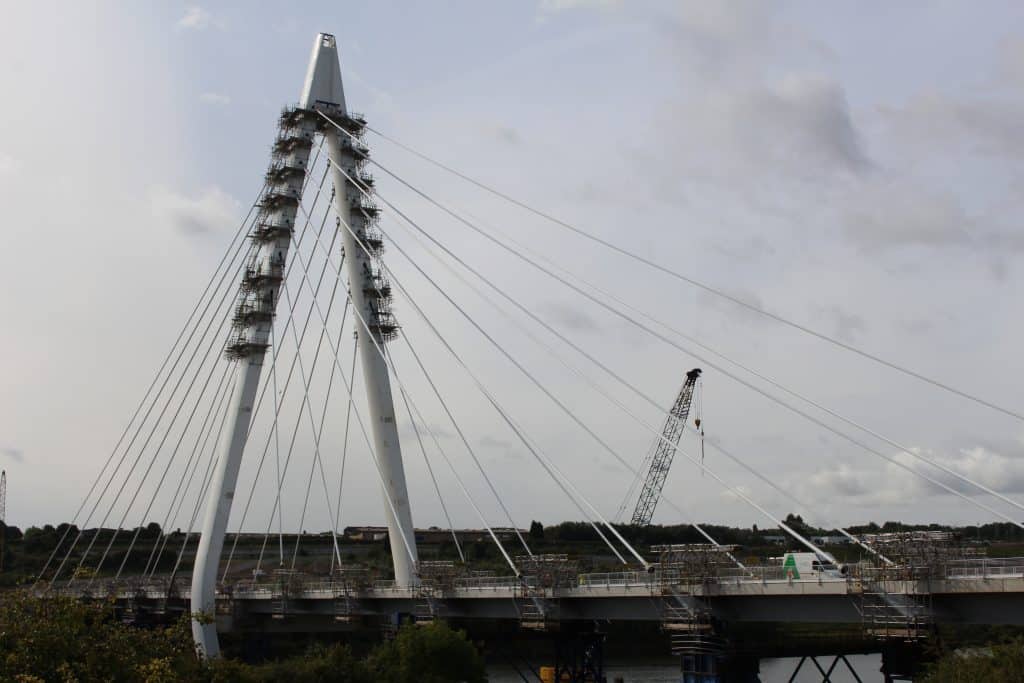 Following removal of the lifting equipment used to raise the pylon to its vertical position, the final scaffolds including the top 90m level platform were erected in the Spring and Summer of 2017.

Following successful installation of the cables, the scaffolds will be dismantled during the Autumn of 2017, using a range of methods including a crane basket and ultra-high reach MEWP for increased safety, with materials lowered using an electric winch.

Have your say on Scaffolder Apprenticeships, urges trade association