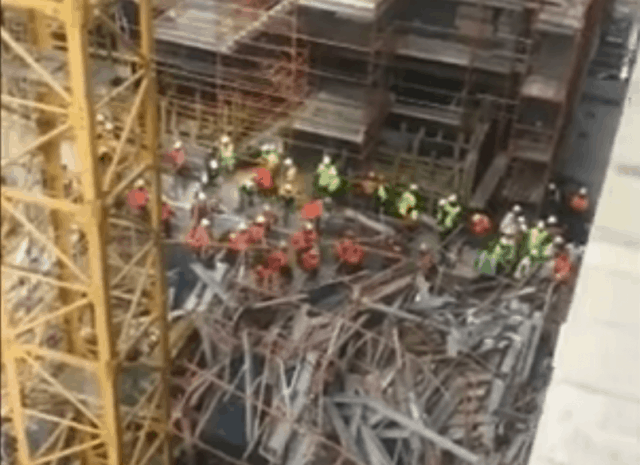 A large section of scaffolding has collapsed at a building site in Sydney killing an 18-year-old apprentice and seriously injuring another.

Apprentice Christopher Cassantiti was reported to have fallen from a height of almost eight-storeys when a large section of scaffolding suddenly collapsed at Macquarie Park worksite. The collapse occurred today (Monday 12:20pm) (ACT).

Due to the amount of debris at the scene, rescue crews sadly had difficulty reaching the apprentice. He was pronounced dead a few hours later. A 39-year-old co-worker was also severely injured in the collapse, he was taken to hospital in a critical condition.

An investigation by SafeWork NSW is now underway to ascertain why the 17-meter high scaffold collapsed.

A spokesperson for construction union CFMEU said: “Such tragedy should not occur. We will update members as more is known.”