Whichever way you look at things, there is still so much work to be done within the construction sector before anything like equality is achieved. Just look at the numbers if you don’t believe us.

Statistics from 2018 suggest just 20% of people employed in British construction are female. In engineering roles, this drops to 8.7% — fewer than any other country in Europe. Levelling the playing field will be no easy task. Sexism remains an issue that many brush under the carpet, but perhaps most insidious of all is the fact many women simply can’t picture themselves working in a stereotypically male sector.

Enter Lynn Way, a professional who is both an anomaly in terms of those numbers and a leading light when it comes to increasing engagement in construction among women.

“The turning point in my career was when we started working on larger contracts.”

Having just been made president of the National Access and Scaffolding Confederation, NASC, the first time a woman has been given the post, her tenure could do plenty to inspire others to pursue careers in the industry.

“I first began working in the construction industry just after my brother started his new company, Chris Sedgeman Scaffolding back in 1996,” Way replies when we ask about the formative years of her career, explaining how she went full-time in 1998.


“The turning point in my career was when we started working on larger contracts. This is when I started going on site with Chris and started getting involved with the prelims and various meetings.


“I then progressed with achieving my accountancy and management qualifications that really helped me within my role in the company.”

Skip forward to today and Way’s track record speaks for itself. Continuing to work at Chris Sedgeman Scaffolding as it grew from startup to major player, she would go on to occupy the position of South West & South Wales Regional Chair of the NASC.


Her recent President’s Report for the NASC Yearbook 2020 expands on how she was the first woman on the Council, and at that time was used to being the only female in the room. Times thankfully change, though, as do rooms. 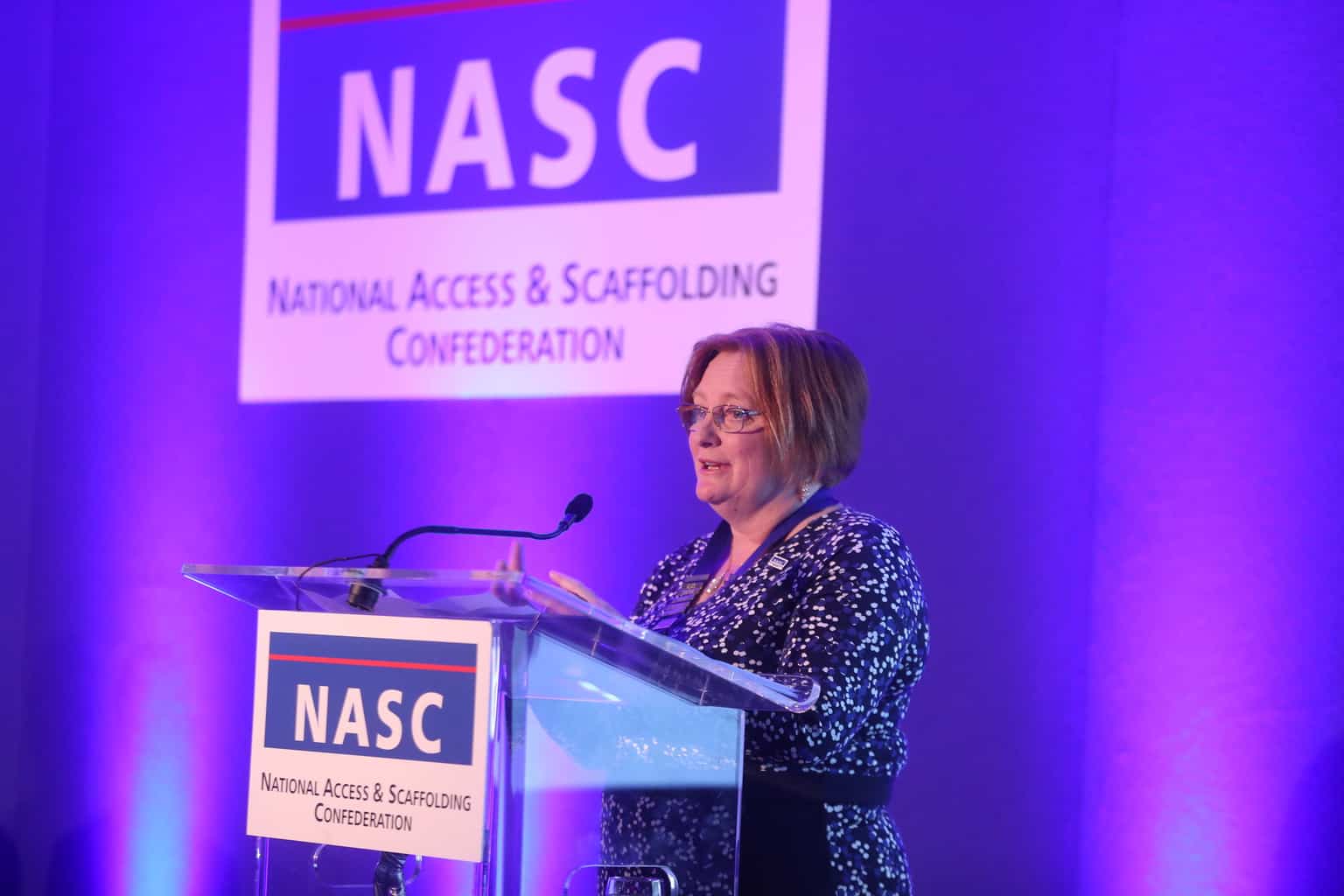 “I walk on to a variety of sites now and people do not look surprised that you have walked in the room,” Way explains when our questions move to any negative experiences of gender within construction. “I can honestly say when I have attended site, people have been really accepting and respectful.  I can only really remember one instance when a site foreman could not understand how a woman could be in charge of men.

“This was the only time in my career I can say I felt uncomfortable on site.  I have had instances very early on in my career when it was assumed I was on-site to be Chris or Stephen’s secretary but after I attended sites more often people start to realise who I was and the position I was in.”

The responsibilities of the NASC president are far-reaching and complex. Way is clear on her desire to continue the work of her predecessor, Des Moore, who did much to encourage and improve representation of women in the industry. 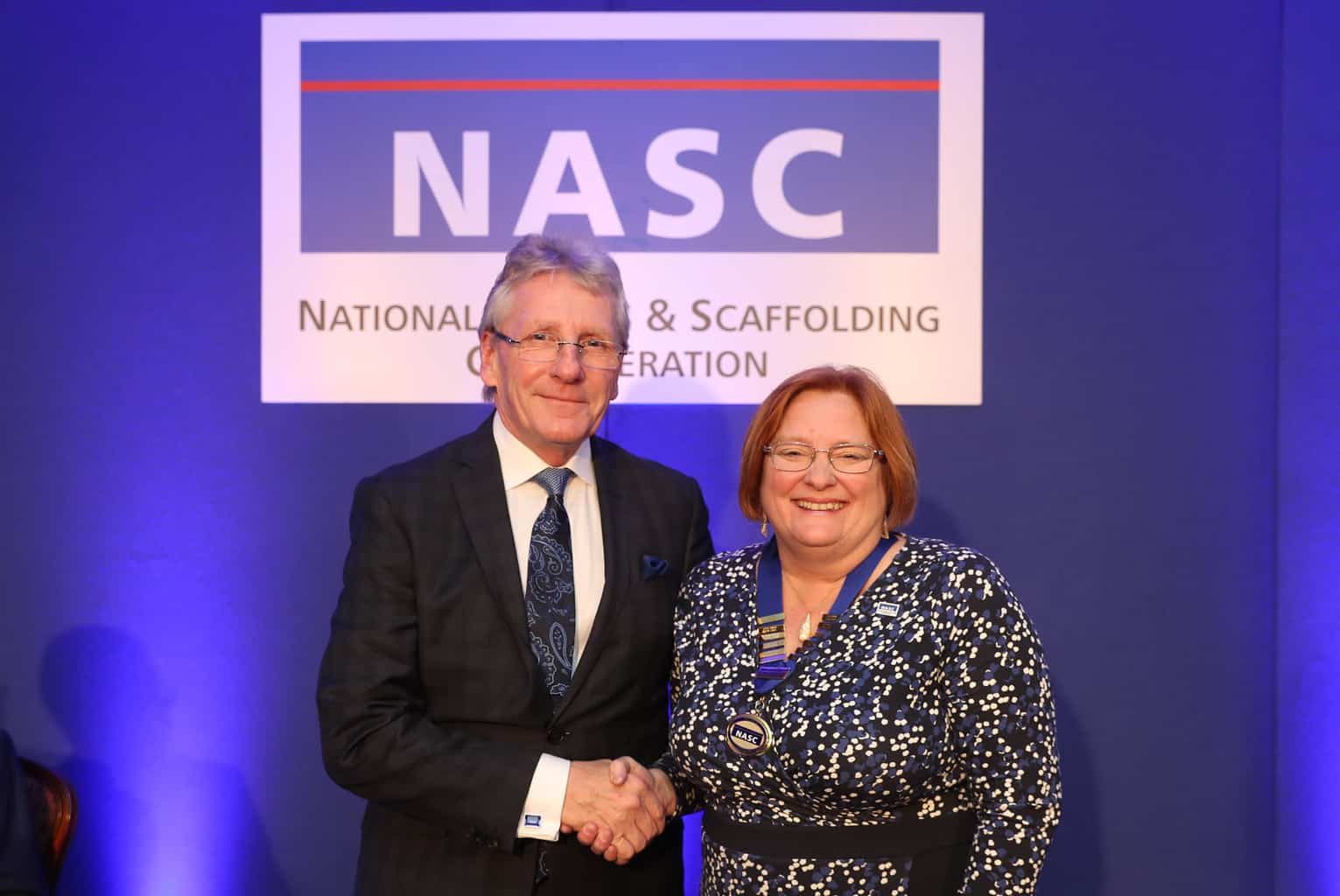 Her plans don’t end there, though, having set an objective to have scaffolding included on a list of industries for which funds are available to repatriate ex-military personnel, pledging £150,000 of Council money to get the initiative underway.

It’s a noble idea and one that points to Way as a champion of improving access to careers within a vital sector of UK business.


And she’s also clear on the need to provide support and guidance to firms themselves — whether based on home turf or overseas, not least given ongoing uncertainty amid one of the most economically damaging political stalemates in the country’s history.


Safe hands indeed, and for the NASC at least the future looks bright.

This article was originally published in Issue 8 of the ScaffMag magazine, read the digital version here.