Since the beginning of time, scaffolding has been used around the world to provide safe access for multiple uses.  We venture ‘down under’ to understand the Australian market landscape to understand who and what is driving the market, Simon Boyes reports.

The Australian Scaffolding Industry is on the verge of a technology boom that is going to change the industry forever.

Like most other service-based trades around the world, the scaffolding market has been left behind in the technology and manufacturing boom that we have seen over the last decade.

Old fashioned materials and methodologies that have been used since the beginning of time are still being used across the world and the scaffolding industry in Australia is no different. But that is all about to change…..

Being hidden away (down under) from the rest of the world without direct connection to other countries, can be both positive and negative regarding industry growth and evolution.  The Australian market continues to grow and is projected to increase from $1.19 billion industry in 2018 to $1.56 billion in 2025. It is dominated by multi-national companies who hold a combined market share of approximately 48%.

The smaller scaffolding companies (0-15 employees) hold the second largest market share with 33%. The rest are made up of mid to large size companies that are multi-disciplined trades, and scaffolding is just one of the services they offer. 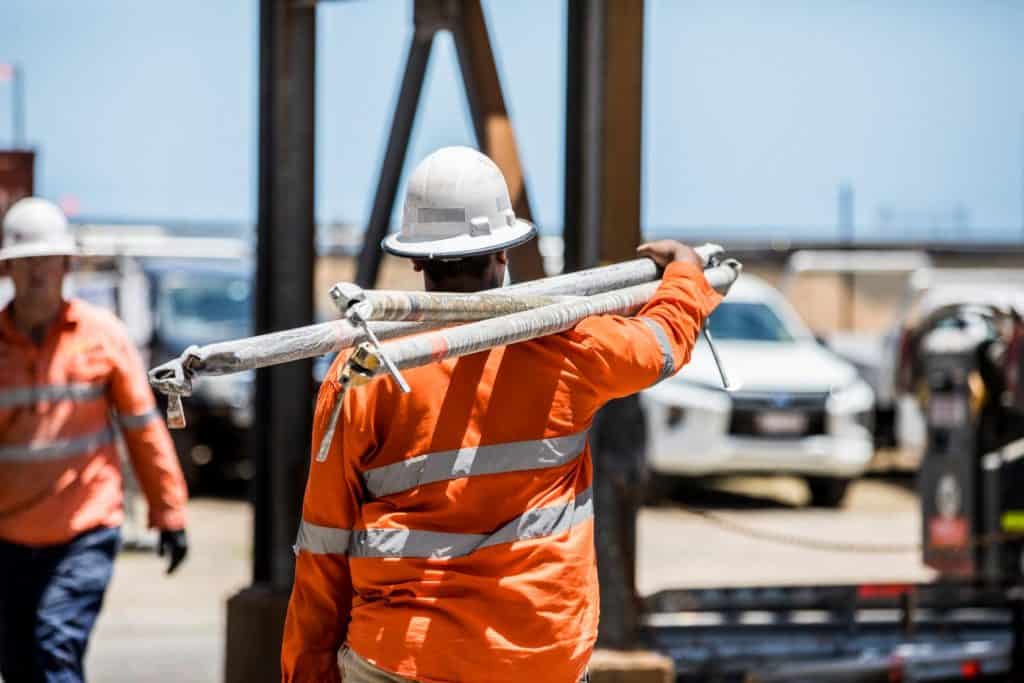 Historically, the Australian market has been dominated by larger national or multi-national companies who have the resources and financial support to deliver larger projects. Often, smaller companies were overlooked or viewed as high risk to work on larger projects.

The mindset of the industry is slowly evolving from the traditional Contractor VS Sub-Contractor mentality to a partnership approach where both businesses are mutually invested to achieve the best outcome for the project.

Kwikstage type scaffolding is still the most used system in the country, accounting for over 80% of the total market usage.  The residential and small commercial markets are dominated by Kwikstage contractors. However, there is an increasing appetite on the larger (often more complex) commercial projects to use At-Pac or similar ring-type scaffolding systems.

The industrial sector (mining, oil & gas) is serviced by a combination of different scaffolding systems, however, Layher is the most used for complex projects. The Peri Up range of products is beginning to increase its market use, especially when combined with its formwork systems. There will also be a place in the market for Tube & Couplers, however, it is becoming less and less common. 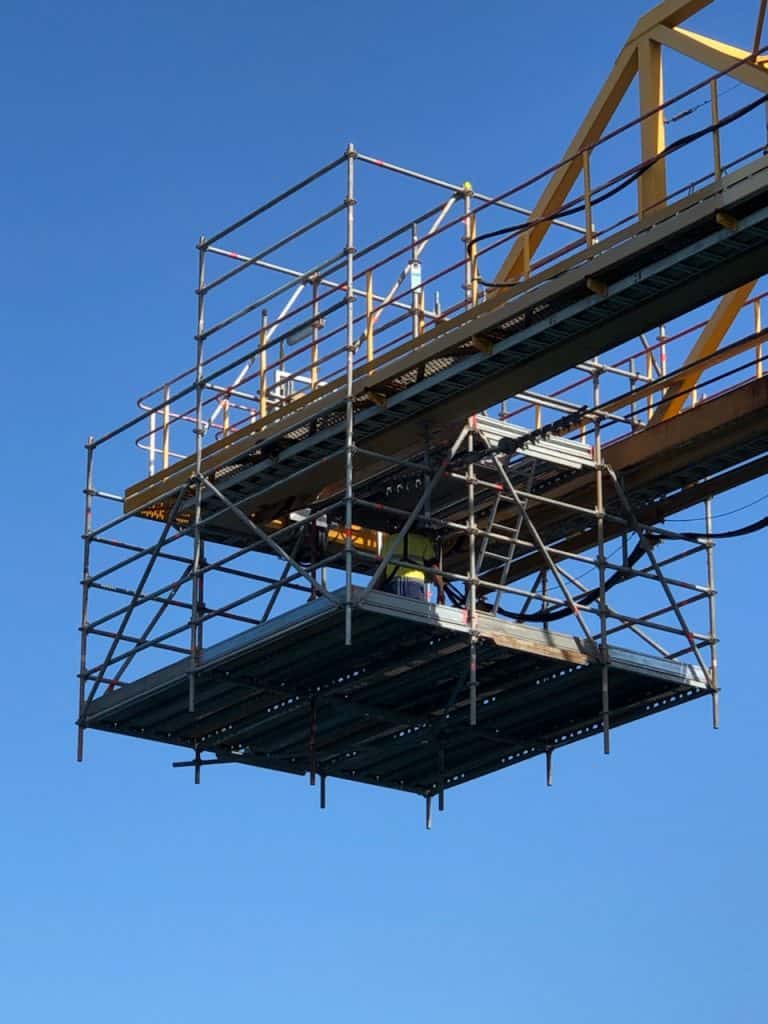 With 3D printing and other modern manufacturing techniques already being used across other industries, the coming years will begin to see the introduction of new lighter and stronger products made from different materials and properties.

What the future holds

The best part about a career in scaffolding is you can’t replace the human element of the trade with machines or robots.  If you could, then you wouldn’t use scaffolding in the first place.

In many instances, the use of boom lifts, scissor lifts and cranes are not the most practical way to access the work front and scaffolding is the best option.

What we will see though, is more and more mechanical aids to help with materials handling, such as hoists, lifts, and other robotic equipment to help deliver the scaffolding components to the work front. 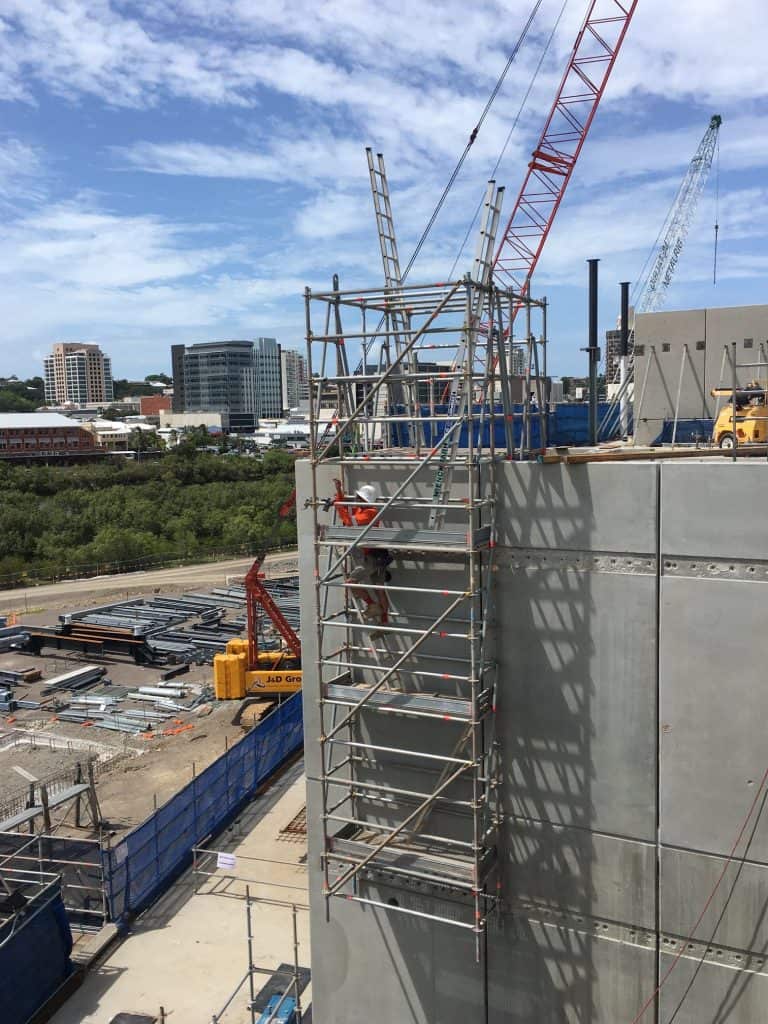 You can never replace the human mind and the ability to think outside the square to come up with the best outcome in different situations.  Scaffolding projects often change and evolve over the course of the installation and robots can’t think outside of what they have been programmed to do.

So, for now, our jobs are safe, but evolution is coming and if we don’t move with the times and harness the technological boom, we will be left behind wondering what happened to our industry and our jobs.

Is system scaffolding the future?

Should your business join a scaffolding association?

Suicide – We’re in it together

Adding value for clients with a responsive service