On completion, Hinkley Point C will be the first of a new generation of nuclear power stations and the first to be built in the UK for more than 20 years. It will provide much needed low-carbon energy to almost 6 million UK homes.

SRK scaffolding which is one of the South West’s largest privately owned scaffolding firms was employed to provide vital access scaffolds and structures when the massive project started in March 2017. Since then, their scope of works has expanded from the main site in West Somerset which covers a colossal 430 acre site at Hinkley Point C, to Avonmouth docks and even offshore in the Bristol channel.

Working with the multinational infrastructure group Balfour Beatty, SRK Scaffolding has recently been involved in Hinkley Point’s biggest lift at sea. This spectacular engineering achievement saw the precision placement of a 5,000-tonne intake head on the seabed of the Bristol Channel.

The structure is the second of four “intake” heads being connected to 5 miles of tunnels, which will supply Hinkley Point C’s two nuclear reactors with cooling water. The two “outfall” heads have already been lowered into position.

The work to install the system is regarded as one of the world’s most complex marine engineering projects – as the Bristol Channel has the second-highest tidal range on the planet.

However, it wasn’t all plain sailing as Graham Sims, SRK Scaffolding Regional Director explains the challenges the company had to overcome, he said: “Due to the time pressures on the project and weather windows for the head’s installations, I only had around 5 weeks to train and mobilise 9 scaffolders to take part in the offshore works. This also included getting the business in a position to be able to conduct offshore scaffolding.”

“Also, the vessels are only over here for a few months due to the bad weather out in the channel, so all damage to vessels are time critical to the project and serious delays could push the project back months”, he explained.

“Hinkley Point C safety requires all scaffolding must go through a strict approval process including the Temporary Works departments, meaning each design has to be bespoke to the vessel and go through multiply checks before the construction drawing can be issued.

Then 24-hour working is required to build the scaffold as quick and as safely as possible; this is to enable the vessels to get back out and complete the works in the channel”. 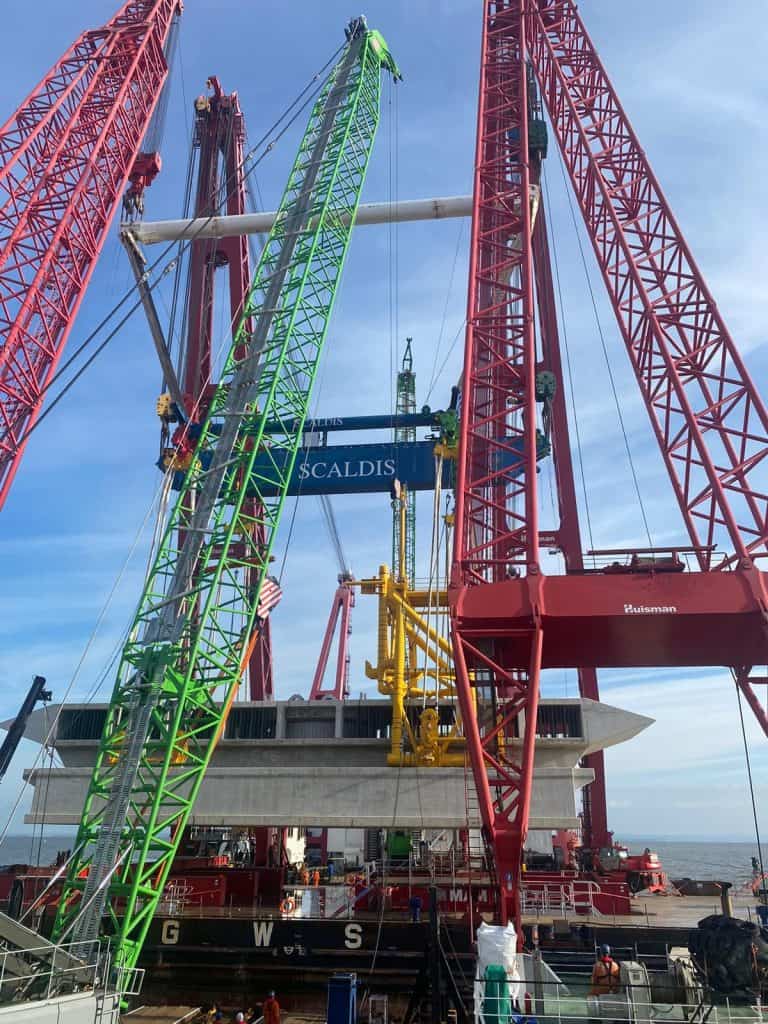 SRK Scaffolding Ltd has been operating for over 20 years after being formed by two brothers, Robert and Karl Trott. Originally the business operated from small premises at Bath pool close to Taunton, then moved to larger premises at Durston in 2003 and operated there until moving into a purpose-built office and yard at Chelston in 2016. In 2022 the company expanded its operations to the South of Wales, opening a new distribution yard in Cwmbran.

The company works in many sectors, including Asbestos removal and power station de-commissioning, it also covers many other sectors including – construction, rail, and marine.

Graham Sims concluded in saying, “Being on Hinkley Point C is an excellent achievement and something the company is really proud of. Having been named as 1 of the 5 access providers alongside some of the biggest names in scaffolding makes me extremely proud.”

This article was first published in the ScaffMag Magazine Issue 17