Dave Mosley, Acting Managing Director of the NASC has been voted in as Vice President of the European Scaffolding Confederation (UEG).

The Union of European Scaffolding Companies (UEG) represents the interests of scaffolding across Europe. Its members made the important vote at its Annual General assembly Meeting held in Cologne last week.

Members of the UEG include national scaffolding associations from Germany, UK, Netherlands, Poland, Switzerland, Norway, Finland, Sweden, France and Luxembourg. The union is also currently in discussion with several other national federations aiming to join.

It was founded in 2008, with NASC joining in 2009 represented by former NASC MD Robin James and Dave Mosley.

UEG also has a range of producers, manufacturers and industry experts as associate members who bring their support and knowledge, representing the wider group’s best interests via their roles on several European Standard setting bodies. 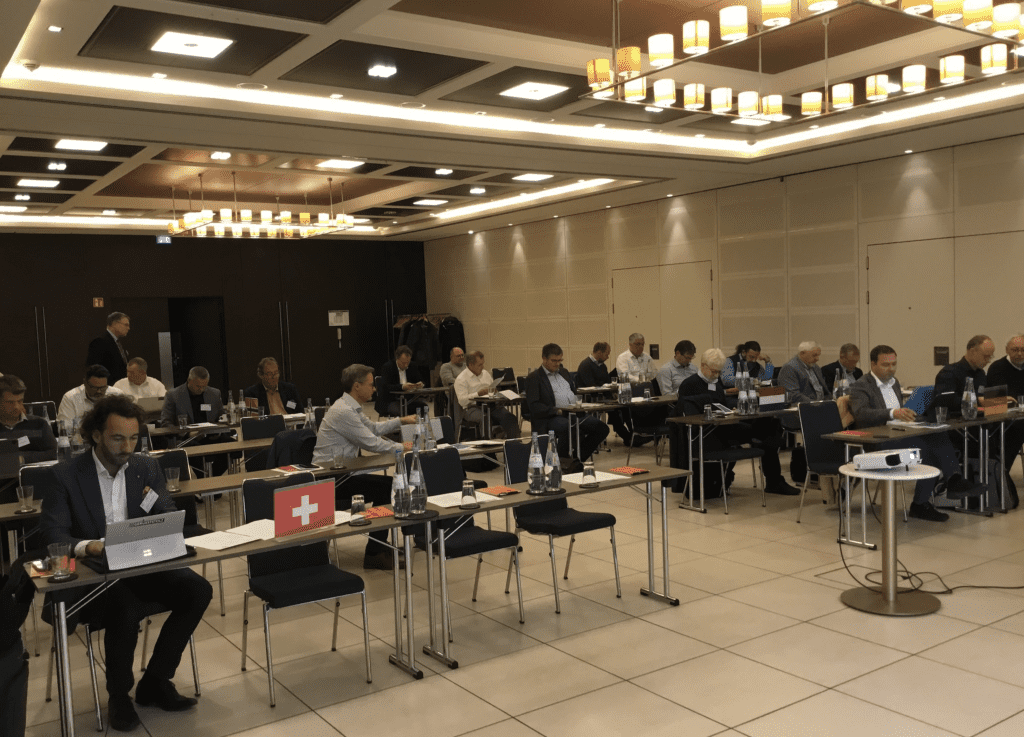 Over the years, Dave has attended regular meetings and taken part in several working groups. There are a number of working parties looking to raise scaffolding standards and set minimum requirements for the European sector.

Dave Mosley said: “ I am very proud to have been appointed as Vice President of UEG and would like to thank the members for voting for me.

NASC has been involved with the federation almost from the beginning, it is essential that our voice is heard during the discussions that take place in Europe, as they could have serious consequences upon standards regarding materials, labour, training and other aspects of the scaffolding industry back in the UK.

Over the years, we have met some incredibly knowledgeable and experienced industry representatives via UEG and made some great friends and allies. Not every member will have the same opinion on a particular subject but through discussion we can usually reach a consensus, which will help to move us collectively in the right direction.”