TRAD Hire & Sales has congratulated their client Coventry Scaffolding Co (London) Ltd on winning the NASC Scaffolding Project of the Year (Turnover up to £5million) Award, which was announced during the NASC Annual Ball and Awards in Edinburgh on 23rd November 2018.

Coventry Scaffolding won the coveted award for their work on the unique art installation, London Mastaba, on the Serpentine Lake in London’s Hyde Park.

The London Mastaba was created by world-renowned Bulgarian artist, Christo and his late wife, Jeanne Claude. A mastaba – meaning “eternal house” in Ancient Egyptian – is a type of ancient Egyptian tomb in the form of a flat-roofed, rectangular structure with inward sloping sides, constructed out of mud. The iconic London structure stood at 20m high, was formed of 7,506 barrels that were stacked horizontally, and floated on the Serpentine Lake between 12th June and 23rd September 2018.

Due to the uniqueness of this structure, the project was presented with a number of challenges, that TRAD Hire & Sales helped Coventry Scaffolding to overcome. Coventry Scaffolding decided early on in the design phase that system scaffolding would be the best option, and TRAD Hire & Sales’ exclusive Plettac Metrix System was the obvious solution due to it’s speed of erection, safety, adaptability and availability. The innovative system, with horizontal dimensions that are completely metric, allows both the tubular transoms and ledgers to be substituted by components of a smaller size, permitting the use of extra verticals within a bay length or width. This feature advances efficiency and vastly increases the ease by which adaptions can be made. 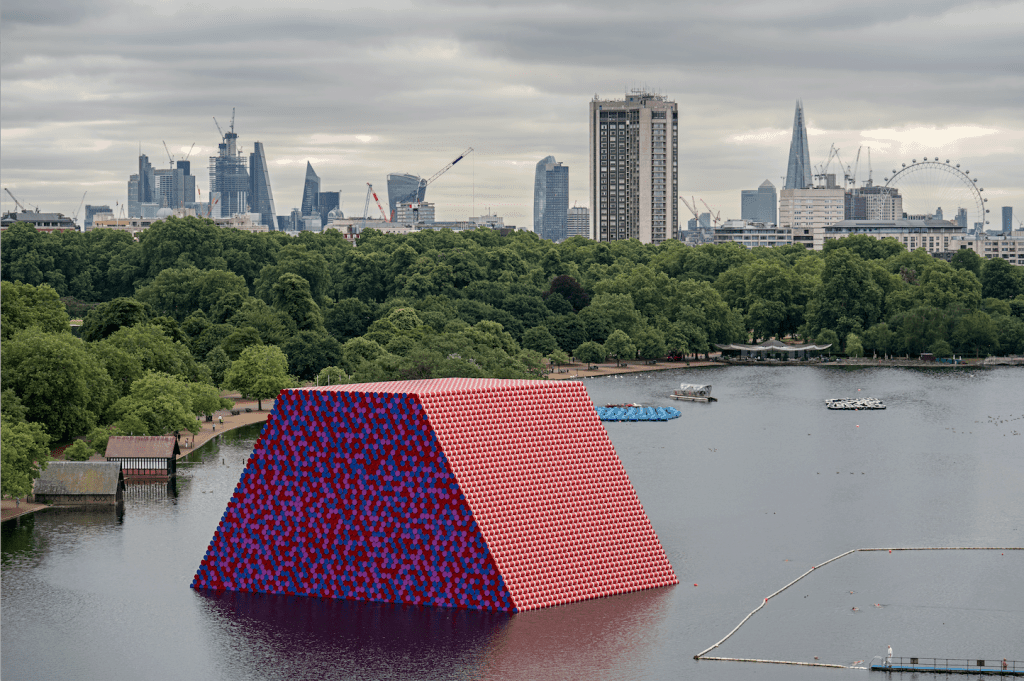 A trial version was erected in Bulgaria at a third of the size of the eventual structure in London, so that the obstacle of erecting scaffolding on a floating platform could be tackled. The weight of the scaffolding meant the platform sagged, but this was overcome by implementing a steel grid from which the scaffolding could be erected.

Work then began in London on 23rd April 2018 with a team of over 100. Owing to fixed sizes of the barrels, as well as the 4x3x2 proportions of the structure, tolerances were down to the very last millimetre. The barrels also had to be installed after the scaffolding was erected, and the first line of barrels needed to be supported below the base line of the scaffold in order to achieve the perfect aesthetic for the artist – it was crucial the barrels looked like they were floating on the lake, so the scaffolding could not be visible. 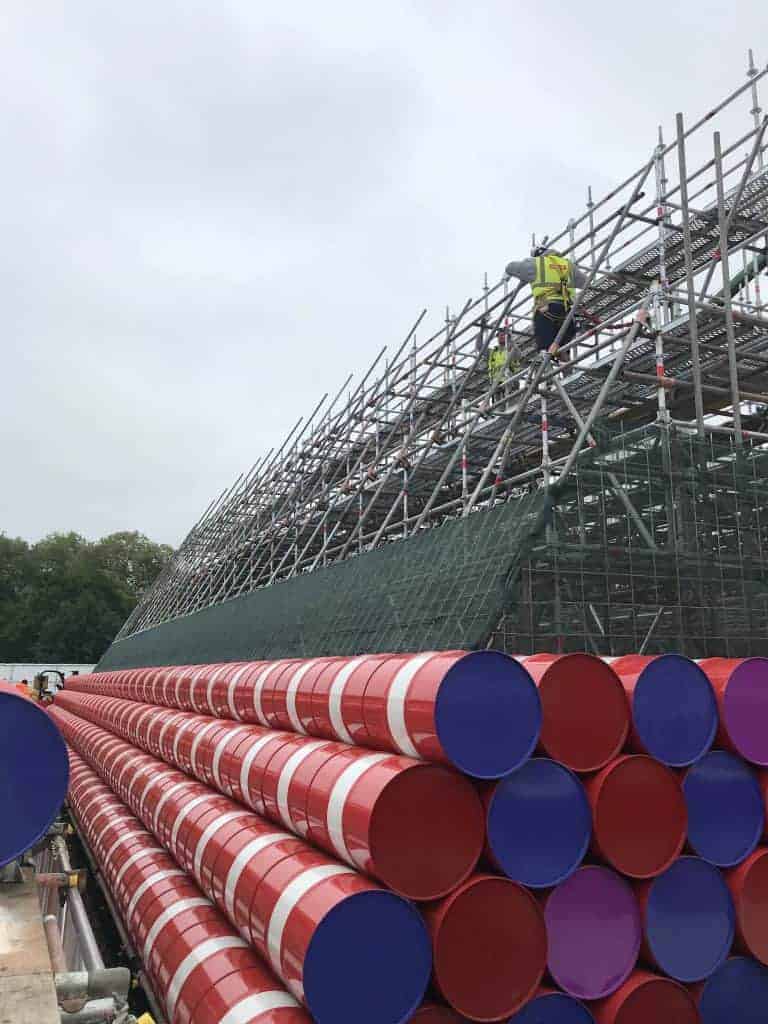 Plettac Metrix was the perfect partner to this complex project. The system’s simplicity, which is enhanced by its unique divisibility, allowed the demanding two month timeframe to be easily achieved. TRAD Hire & Sales were very proud to supply the scaffold on such a unique and impressive structure, and congratulate Coventry Scaffolding on their successful win at the NASC Annual Ball & Awards Ceremony.

Plettac Metrix® System Scaffold is exclusive to TRAD Hire & Sales and is offered on both a Hire and Sale basis. TRAD Hire & Sales offer an unrivalled commitment to service, including extensive User Guides, Nationwide Training, Engineering and Design Support, Estimating Software, and a full on-site support service – their UK-wide network of depots have the resources and capabilities to meet every demand.